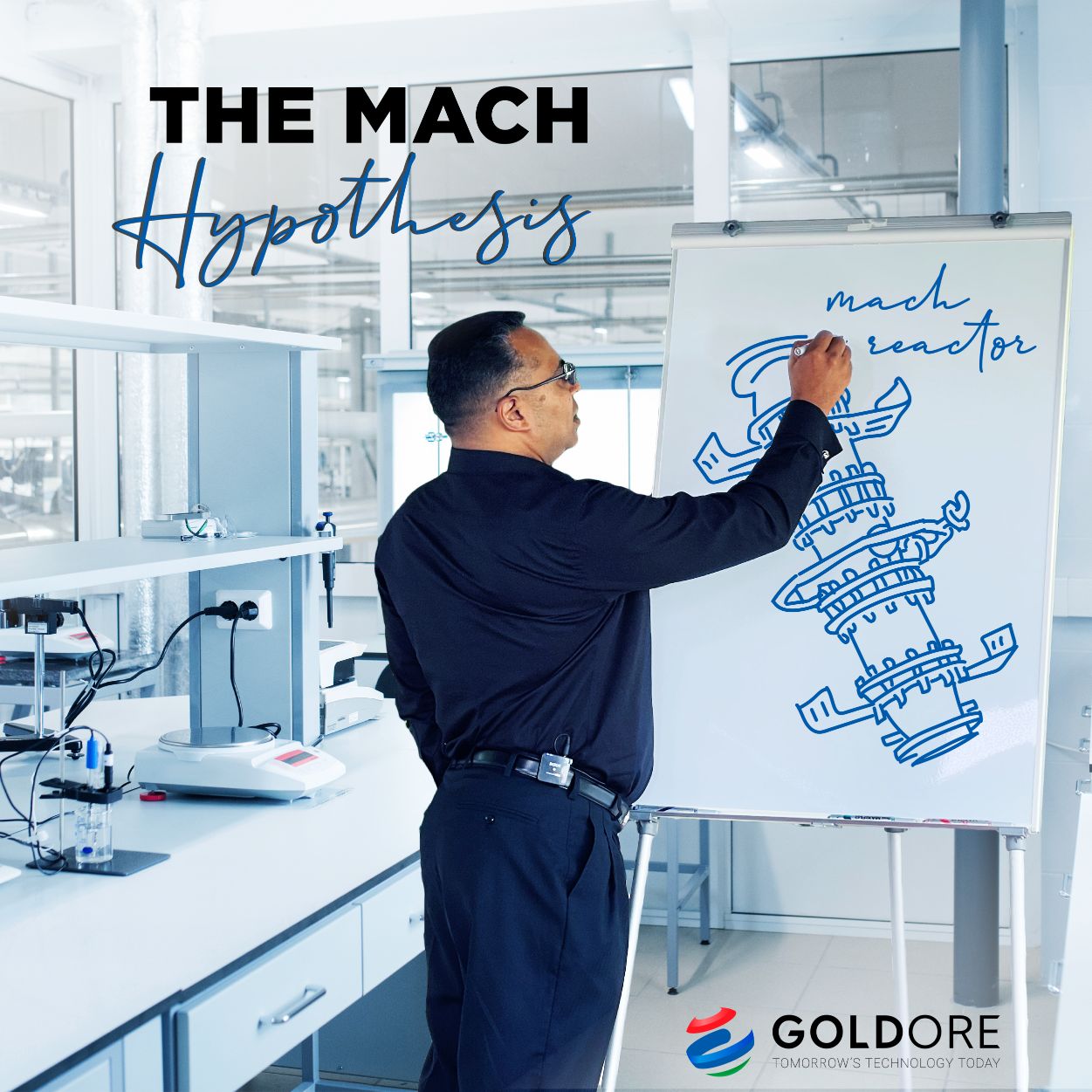 Exploring the MACH Hypothesis to enhance the Metallurgical/Mining industry.

In the field of science, the “scientific method” is a process of experimentation applied to observe or answer questions. The seven-step process that defines the scientific method are as follows:

1) Ask a Question.
2) Perform Research
3) Establish a Hypothesis
4) Test the Hypothesis with an Experiment
5) Make an Observation
6) Analyze Results and Draw a Conclusion
7) Present the Findings

Out of the different steps contained in the scientific method, the third step is “Establish a Hypothesis”.

What is a hypothesis?

A hypothesis is a thought, idea, or theory yet to be tested and proven true or false. An example of a hypothesis could be, “If I fold this piece of paper a certain way and throw it in the air, it will fly!”

How does the scientific method of hypothesis fit in with the MACH Reactor?

Adrian Singh, the inventor and entrepreneur behind Gold Ore, filled the earlier days of his career studying science. This background in science molded his way of thinking and instilled a methodical process of exploration and discovery within him. Naturally, Adrian brought this brilliant way of thinking into creating a brand-new technology, one that did not yet exist in the world.

What is the MACH Hypothesis, and what is the theory that led to the creation of the MACH REACTOR?

The MACH was born on the simple idea that a new reactor could be designed and created using a method otherwise not used in the metallurgical industry… cavitation! The process of cavitation happens when bubbles form, due to the pressure in a chamber quickly dropping below that of water vapor pressure. This method of cavitation was the foundation of the MACH hypothesis.

After extended experimentation of testing this mechanism, this hypothesis proved to be true and even exceeded expectations. The MACH not only successfully masters the concept of cavitation, but it has also found profound application in the fields of both gold leaching, where it significantly improves leach kinetics and recovery as well as reducing reagent consumption, and also flotation, where its unique ability to enhance the flotation of fully liberated valuable mineral fines leads to high levels of flotation euphoria! (High concentrate grades and recovery with lower mass pulls!)

How does the MACH create flotation euphoria?

Flotation euphoria with the MACH is achieved through a 4-step process.
1) Dispersion – Gangue is dispersed away from the valuable particle by the incredible levels of mixing within the MACH.
2) Nucleation – Pico-bubbles nucleate on the particles within the cavitating venturis of the MACH as the instantaneous pressure drops to below that of water vapour pressure through Bernoulli’s principle.
3) Aggregation – The particles and pico-bubbles combine to adjust to a lower energy state.
4) Levitation – The aggregated mass then attaches to a larger flotation size bubble and is carried to the froth surface.

As we are now floating a larger fraction of fully liberated valuable mineral below 10 microns in size that with otherwise be lost to tailings, both the concentrate grade and recovery improves resulting in flotation euphoria!

Gold Ore gracefully incorporates this scientific method into our metallurgical processes and in the larger picture, instills a spirit of exploration and discovery into the hearts and minds of everyone that we connect with. Join us on our journey of learning and sharing the latest technologies with the world.