The MACH and preg-robbing 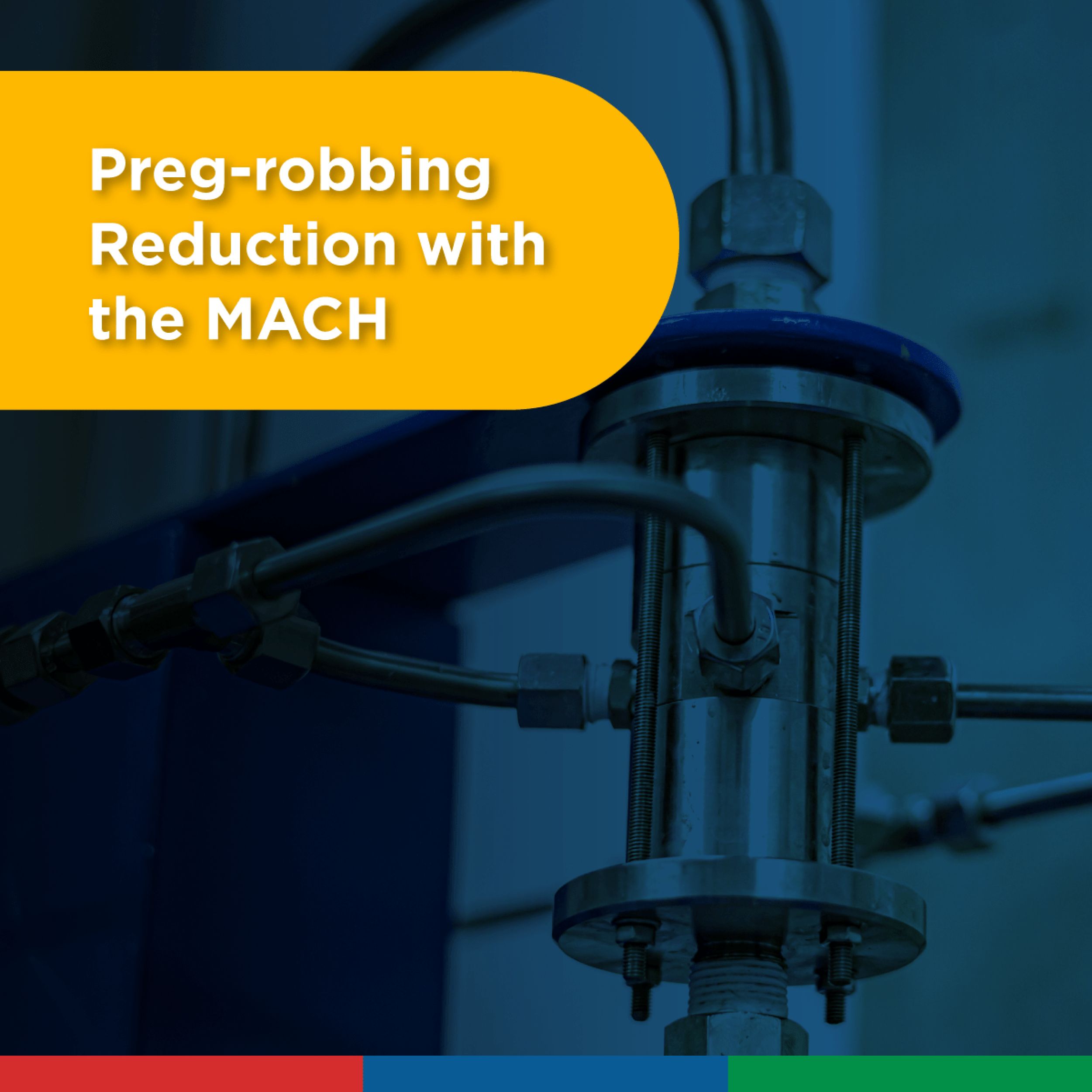 The MACH and preg-robbing

What effect would the MACH have on preg-robbing?

The MACH shows improved Gold recovery, despite there being preg-robbing activity in the ore!

The concern is that the high level of aggression within the MACH may break down graphitic preg-robbers, so increasing their surface area and potentially also their preg-robbing activity. The counter-theory to the above is that the MACH could:

1. Potentially oxidise adsorption sites on the preg-robber and so reduce preg-robbing activity.

2. Oxidise other species, for example, base metals such as iron, that could potentially help to “foul” the preg-robber and reduce preg-robbing activity.

When one considers that preg-robbers could range from sulphide ore itself; to clays and shales, humic acids, and different forms of carbonaceous material, it is always important to assess the effect with laboratory testwork prior to installation.

So what other mitigation measures could one consider?

1. Pre-flotation of preg-robbing graphite but there is always a risk of fine free gold or sulphidic gold loss.

2. Preg-robber blinding with kerosene or diesel but there is a risk of fouling the coconut shell carbon as well.

3. Sulphide flotation and roasting, calcining or incineration of the flotation product but this involves higher capital expenditure and there may be environmental concerns.

It really depends on how severe the problem is and to what lengths one is prepared to go to solve it.

In most mild to moderate cases, the best approach is to tweak the circuit to beat the preg-robber while keeping interventions as simple as possible.

To this end, the MACH is an excellent tool!

In terms of assessing preg-robbing of ore there are various methods available:

This is good as it is a relatively simple standard procedure that can be useful for geometallurgical modelling of an orebody. The only downside is it does not give a true reflection of the behaviour in a CIL circuit as there is no carbon present in the test.

Method 2
One can conduct two bottle rolls, one with carbon and one without and compare gold recoveries. I like to include a third bottle roll where carbon is added after 4 hrs of leaching, to distinguish between preg-robbing and preg-borrowing.

Method 4
Mineralogy of leached tails can detect solid gold that has plated out on graphitic preg-robbing material and is useful in quantifying losses to tails from preg-robbing.

The mystery of preg-robbing

There were some PhD studies that were done on graphitic preg-robbers that used mineralogical techniques to examine the structure of various graphitic carbon. They found that some carbon had a sheet-like structure and some had a more porous structure. Not surprisingly, the porous carbon displayed preg-robbing characteristics while the sheet-like carbon did not. It would be great if somebody would tie up the loose ends and link porosity, Raman numbers, PRI and bottle rolls with and without coconut shell carbon to deepen our understanding of the mystery of preg-robbing.

Some food for thought…

I was quite surprised to see that preg-robbed gold presents as solid, visible gold on graphitic preg-robbers.

Could this be the difference between preg-robbing and preg-“borrowing”?

Could it be that preg-borrowed gold is adsorbed as aurocyanide and if cyanide levels and oxidative conditions drop low enough, that aurocyanide may be reduced to solid gold? Bearing in mind that carbon is a reductant.

Preg-robbing on gold leaching systems has always been an intriguing topic for me. The idea that ore may enter a plant with a “Trojan Horse” of preg-robbers that could attack at any time still captures my imagination!